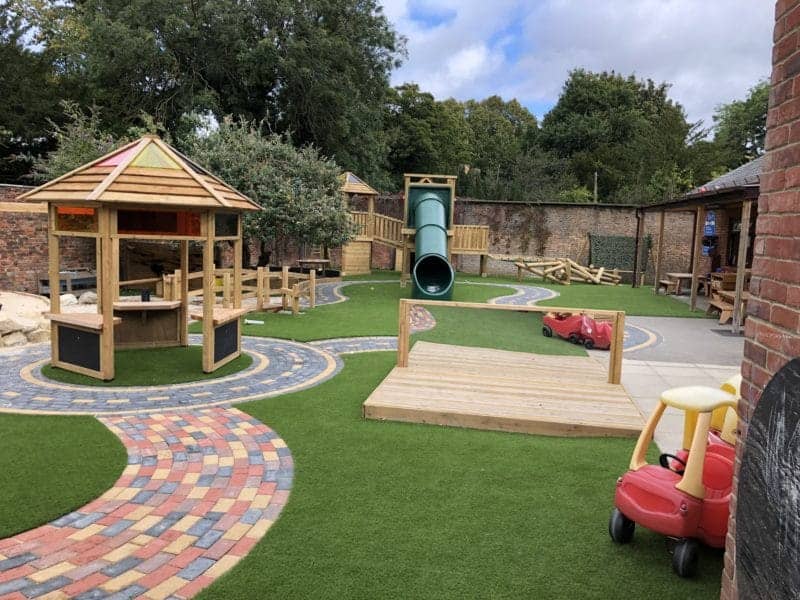 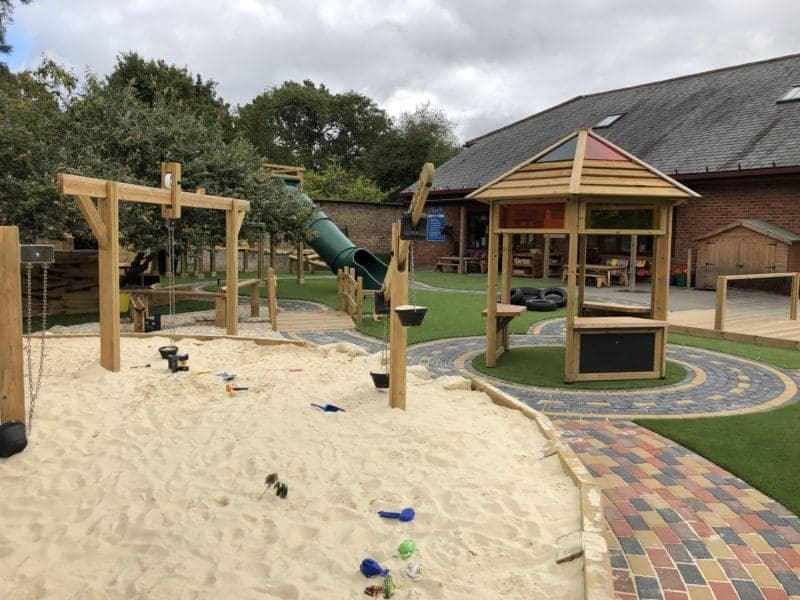 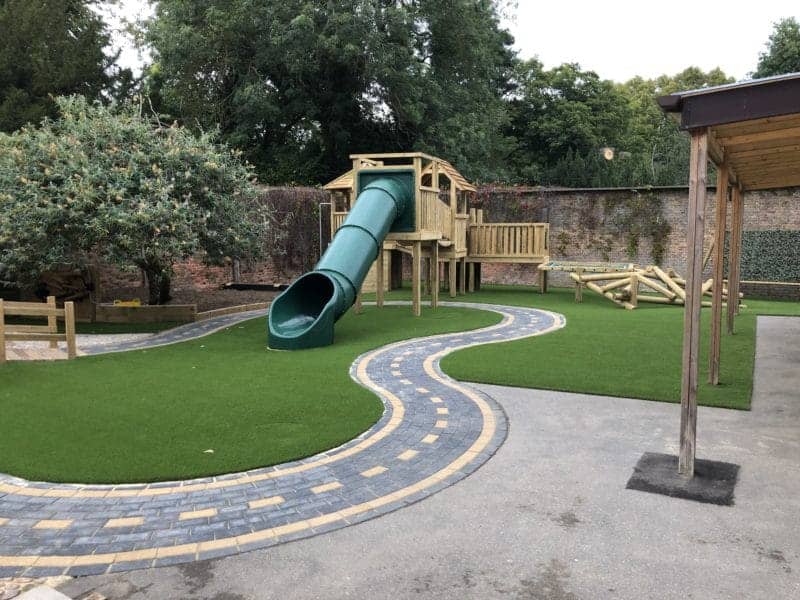 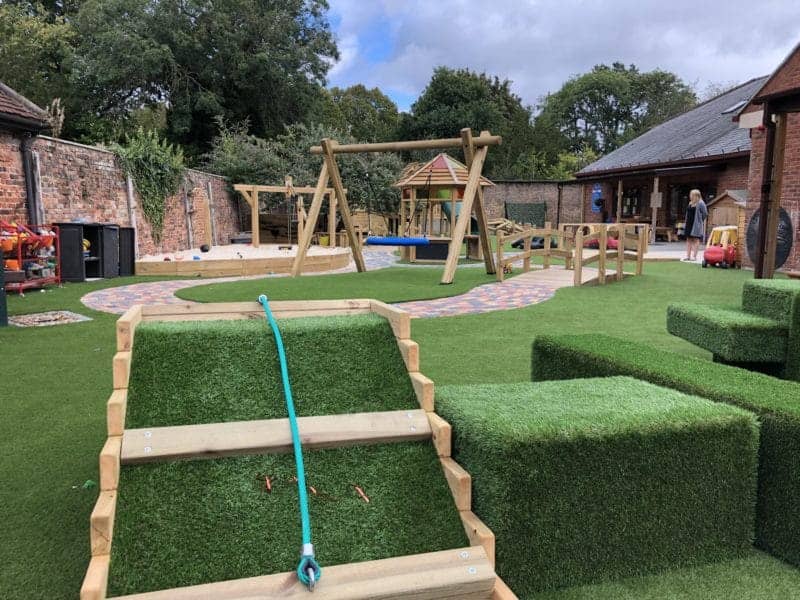 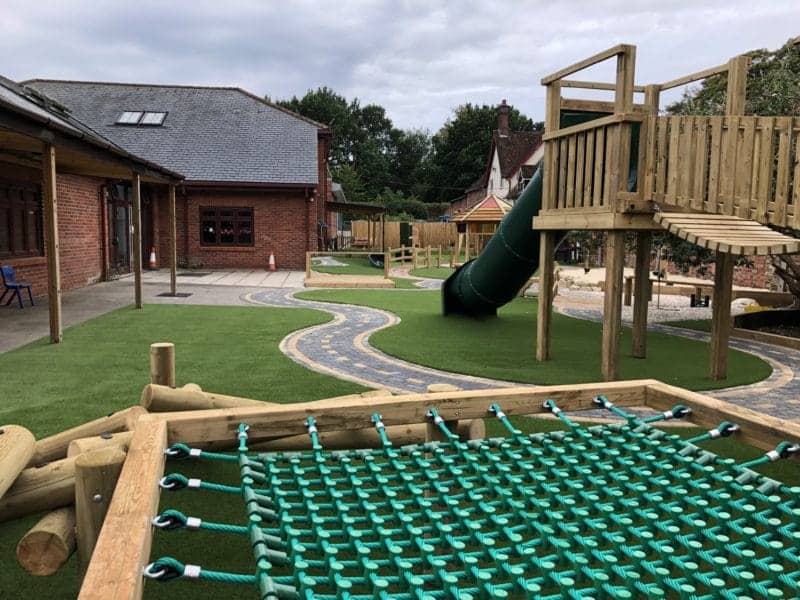 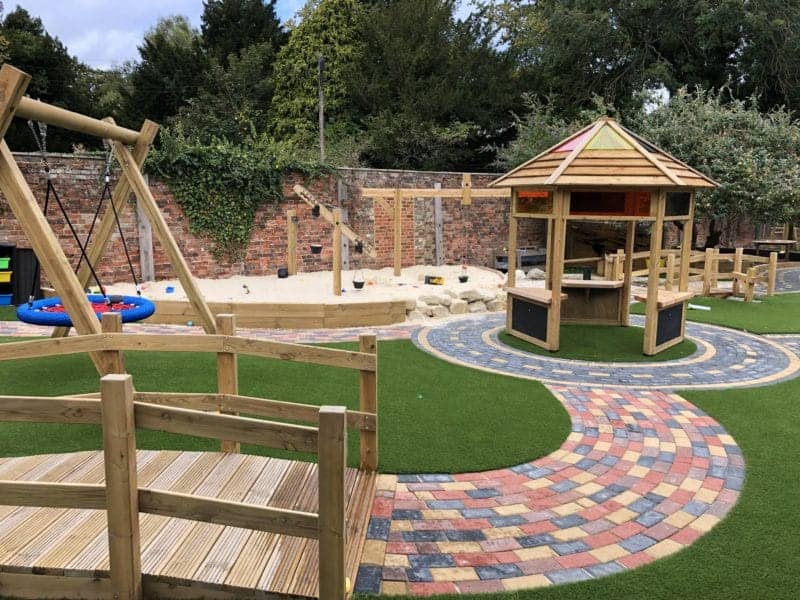 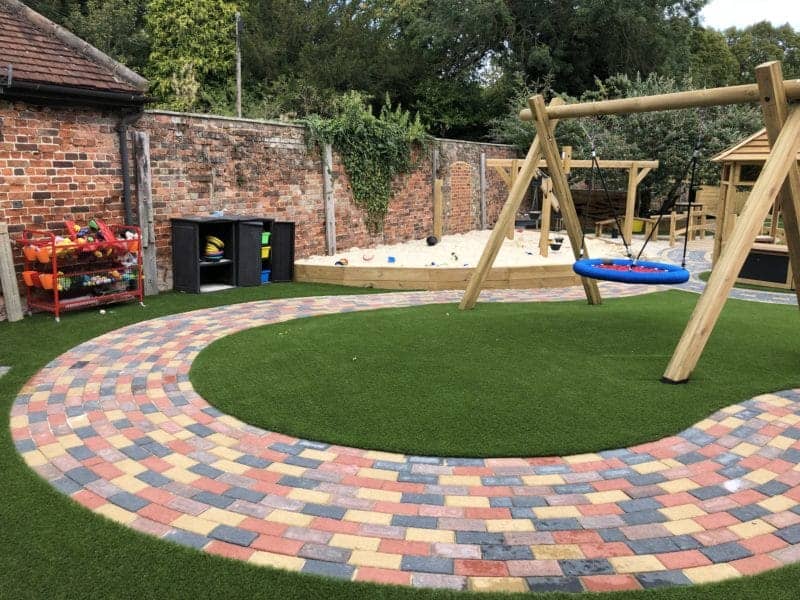 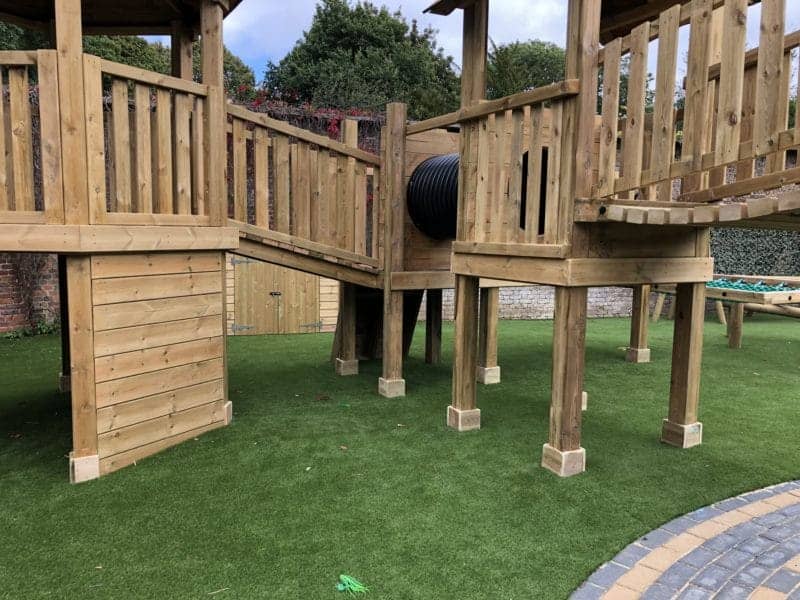 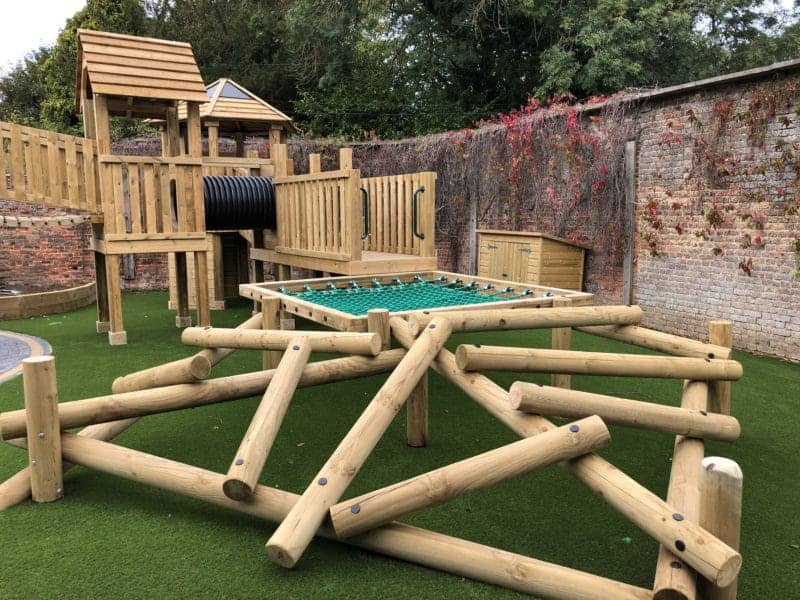 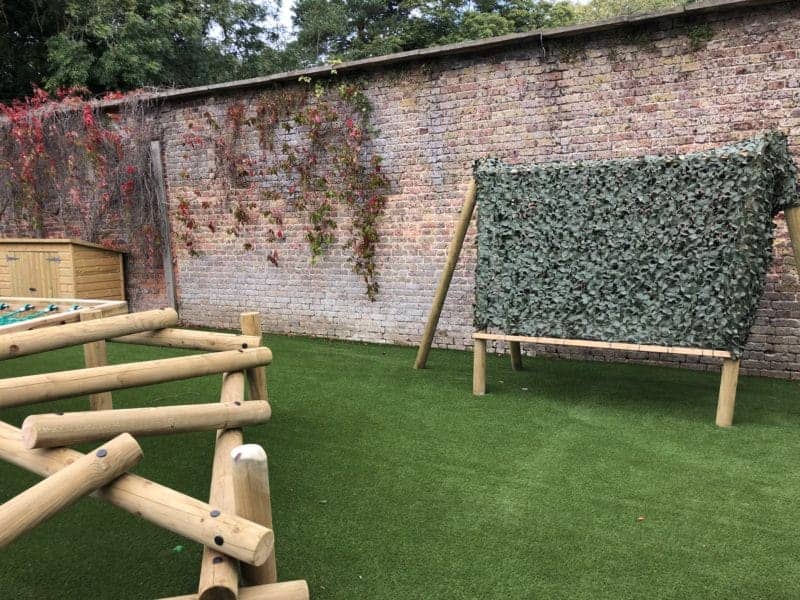 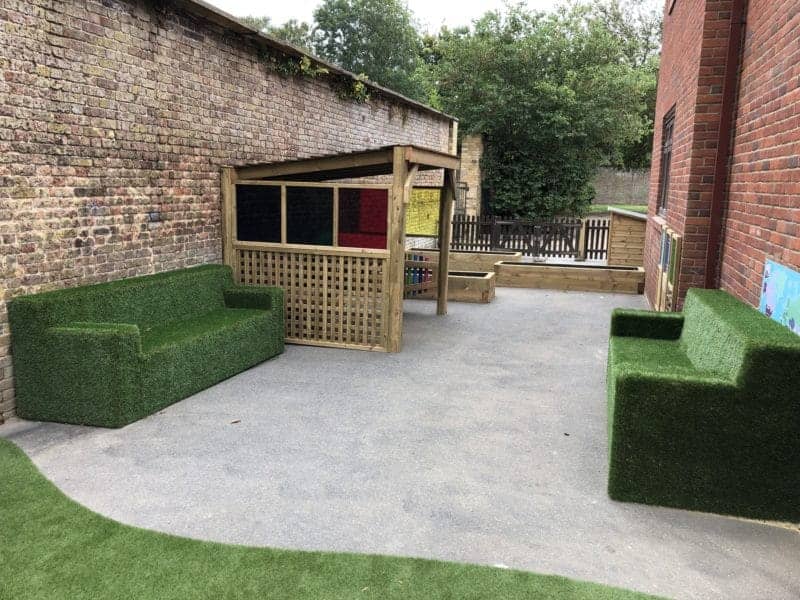 The settings objectives were to transform two separate areas, nursery, and reception into one large, open fully inclusive space. There would still need to be some separation in the areas to allow the nursery and reception children to know their own designated area when all children were out enjoying the outside space, but then be able to utilise the whole space when it would be one group only.

Timotay designed the playground space that was open yet still contained the facilities for two different age groups and let the children know when they were on their own side. This was achieved by building a track with 2 different styles of blocks and a roundabout in the middle which would demonstrate to the children when it was time to turn around, a sandpit with boulders separating the 2 sides and a two-sided stage with a mirror barrier between. In addition to this, we placed physical challenges, water features and natural areas on each side, working to the correct difficulty level. We placed den building and growing for the older children and small world play and story zones for the younger children.